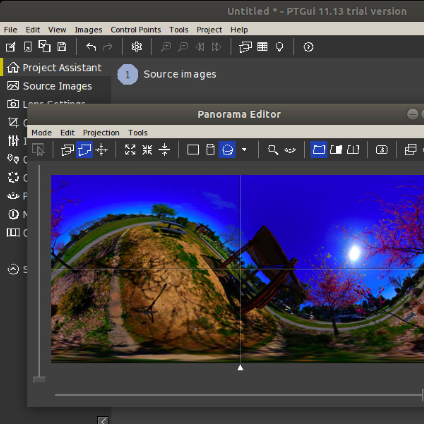 "The biggest advantage of the Pro version is it supports masking, which both makes stitching easier and gives you creative control over what does and doesn't appear in the output product. However this is much less of an advantage with 360 degree cameras, as the overlap is so small and alignment should be good (we can but hope).

My tip with PtGui would be to use SmartBlend instead of the built-in blender, as I find for the types of Spherical Panorama I shoot it gives a better result. I have no idea if that would be the case with Z1 panos. Note this is Windows-only.

From PtGui help:
"To install Smartblend as a plugin in PTGui, download and save the windows executable (smartblend.exe) and the accompanying .dll files into a folder of your choice on your computer. In PTGui, go to Tools / Options / Plugins. Press the Browse button next to the Smartblend application box and point it to the smartblend.exe executable.

To use Smartblend, choose 'Blend using: Smartblend plugin' on the Create Panorama tab in PTGui."

Note I shoot spherical panoramas with a digital camera (in my case a 50MP DSLR) and either a Fisheye or Rectilinear lens, so not an all-in one camera. I find stitching "optimal" Fisheye images (a focal length of 12mm on the Canon 8-15 with a FF camera) gives final panos of about 2.3-2.7x the sensor pixel count. For complex scenes that are clearly going to be a PITA to stitch (multiple railings coming close, a floor that is a see-through grating, many many fast-moving people, etc., or just where you want a lot of creative control), using a circular Fisheye (8mm on FF) you get a Pano with about 90%-130% of the sensor pixel count but double coverage everywhere (from 4 images). The point of this is the all-in-ones are great for video, but a step-down in resolution to me. They also tend to have some stitching and image quality issues.

However I shoot without a tripod or pano head, so they would make stitching a lot easier (and hiding myself harder - I did like the person who always wore a hat in their Z1 panos, avoids running and hiding, plus theft possibilities). It would be interesting to see how shooting two tripod images with you in different positions and using both for the final pano works.

That said I did upgrade PtGui specifically for the Z1 support, so I could play with it, as the images seemed a notable step-up from what was available before. I was disappointed with the video performance though, so am waiting for the next Qoo and Insta cameras to see how they compare. That said my style is biased towards stills not video, but I would like to try using a 360 camera for events where you can get really close to the action too."

Note that you only need to stitch the spheres if you are working with DNG images. You first need to export from DNG to JPG, TIFF, or PNG. 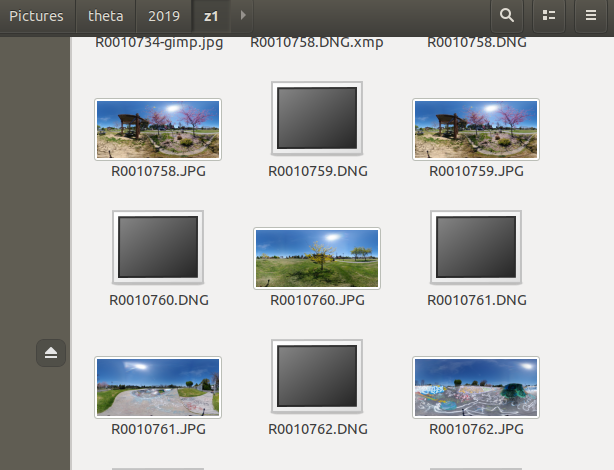 Assuming you are working with DNG images and don't have Lightroom, you can use darktable. 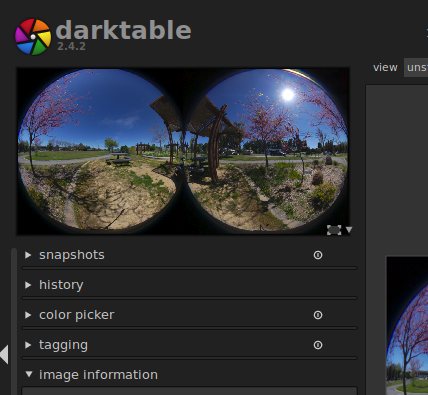 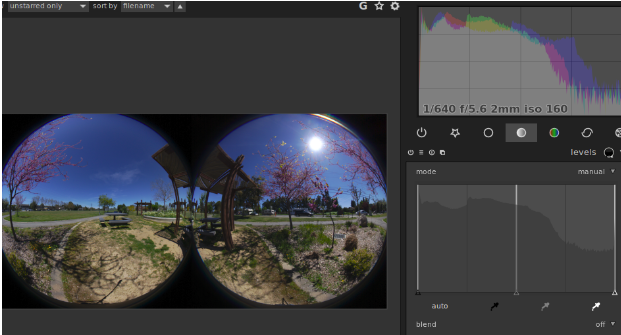 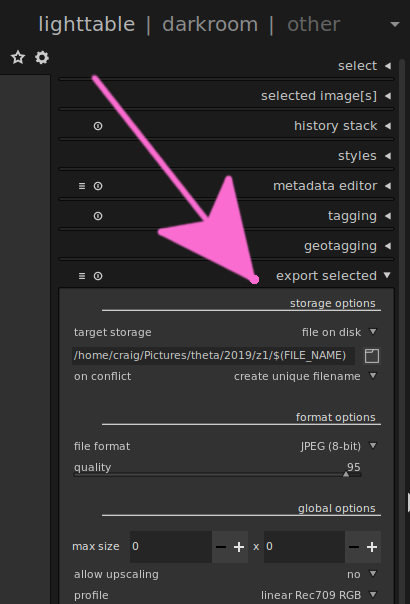 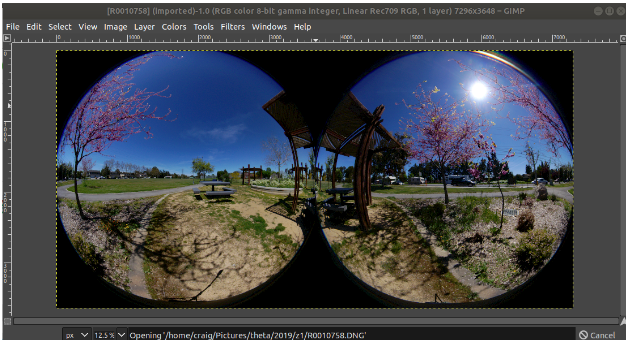 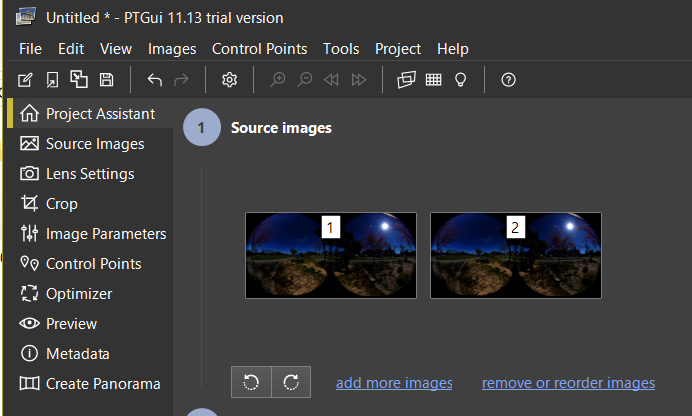 Using Ubuntu 18.04 and Play on Linux with acceleration disabled. 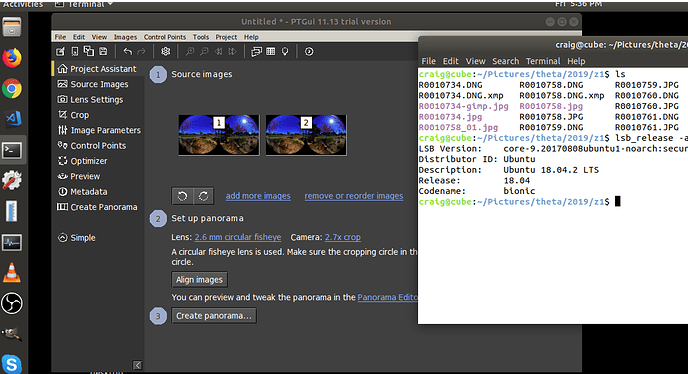 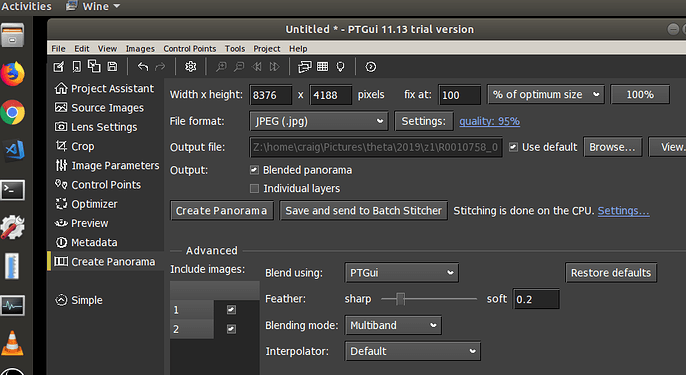